The suspended president of the Jawaharlal Nehru University students’ union, N. Sai Balaji, released an open letter to Narendra Modi on Monday, in which he said the Prime Minister, through vice-chancellors, was targeting universities through “repression, fund cuts, seat cuts”.

He accused the government of decimating social justice “by scuttling reservations, implementation of the New Education policy, saffronisation, privatisation and corporatisation of education”.

Balaji said “I along with my three office bearers, previous year office bearers Geeta, former JNUSU president, Shubhanshu and other 15-20 students activists have been “Academically Suspended” by JNU VC and his administration.”.

” Somehow from the time he became our VC he has been trying to emulate you to near perfection. All times we wonder,if he is just a mirror image of yours. I believe Mamidala has taken inspiration from your then HRD Minister Smriti Irani’s order to ostracise Rohit Vemula and his friends through such similar academic suspension, where Rohith Vemula and his friends were made outsiders in their own space. They were banned from entering academic spaces, their hostel facilities revoked and Rohith was forced to stay out on the streets. The act had both symbolic and ideological essence.,” Balaji wrote.

He alleged that JNU had suffered an 80 per cent funds cut in its library. “Yes Modi ji, an 80% fund cut. And you know we are being served notices for resisting his (the vice-chancellor’s) onslaught.”

“I have been served proctorial notices for raising slogans like ‘RSS murdabad‘ and ‘ABVP murdabad”. My original, well-researched MPhil thesis, for which I worked hard, was blocked by the V-C and his administration because I raised these slogans. This is your ‘new India’ where resisting and speaking against the RSS – an organisation that never supported or participated in the Indian freedom struggle – is a crime,” JNU Students leader wrote.

He concluded his letter with “Till then, with love, Yours, Academically Suspended. Inquilab Zindabad!”

The following is the full text of Balaji’s letter. 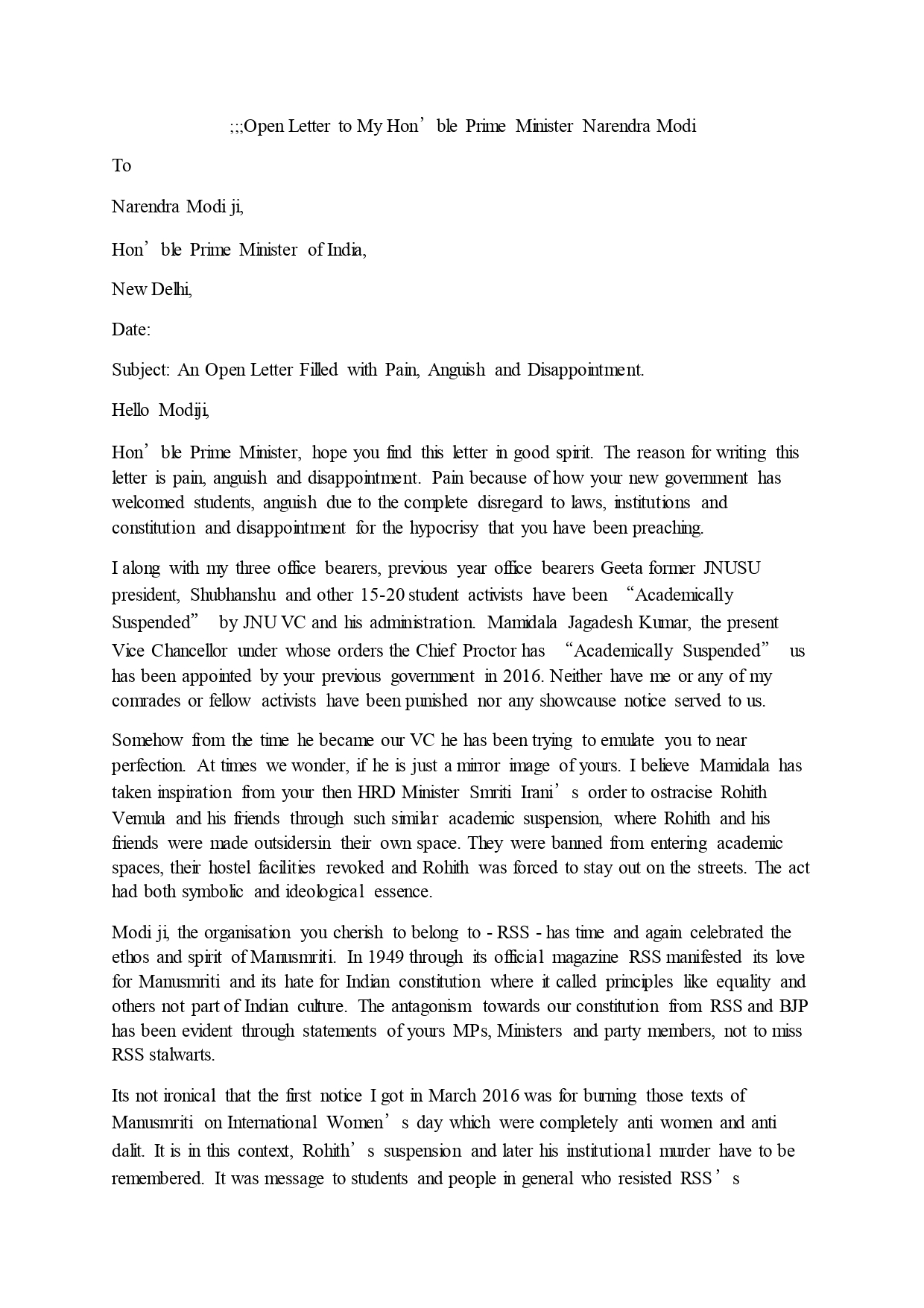 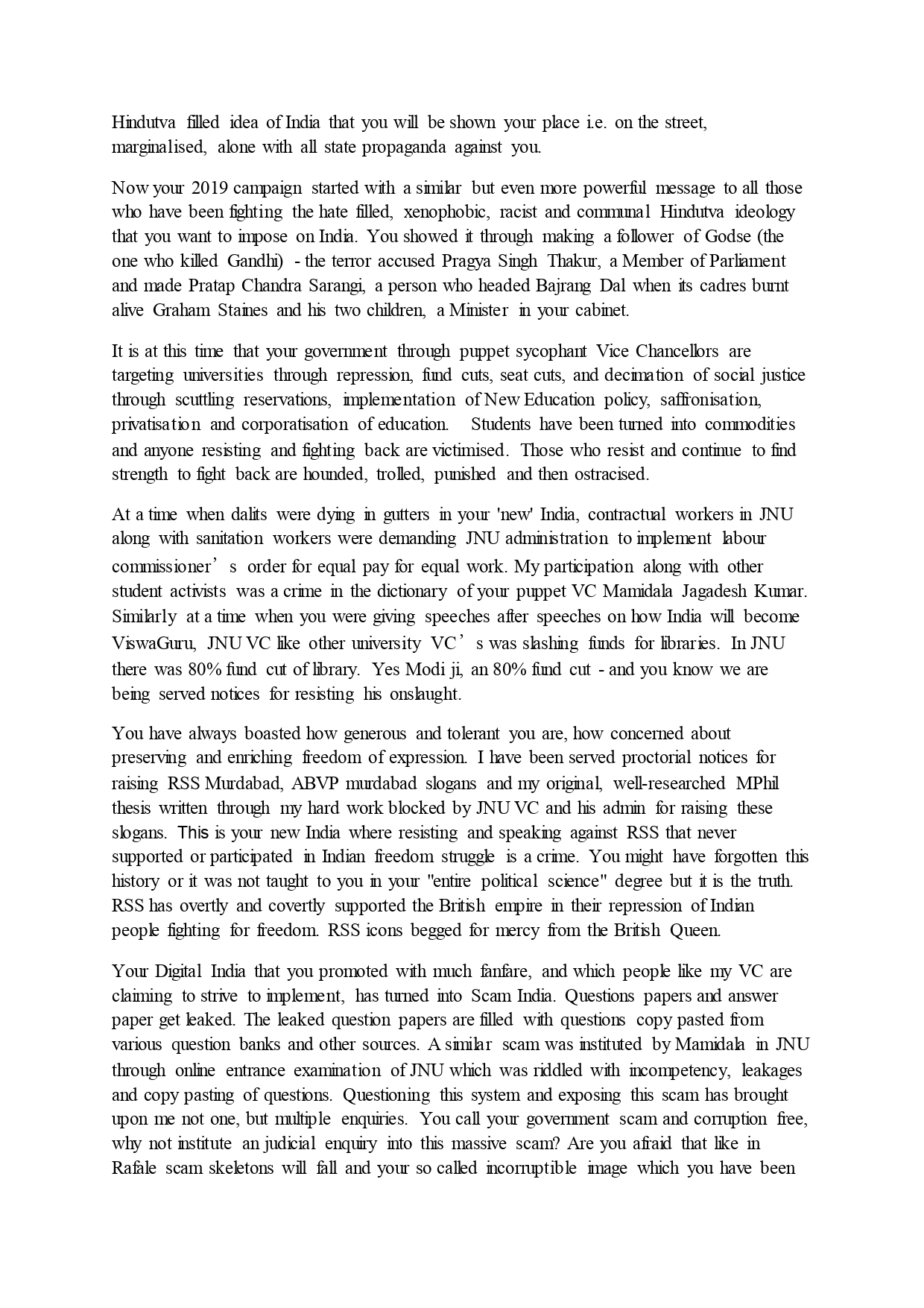 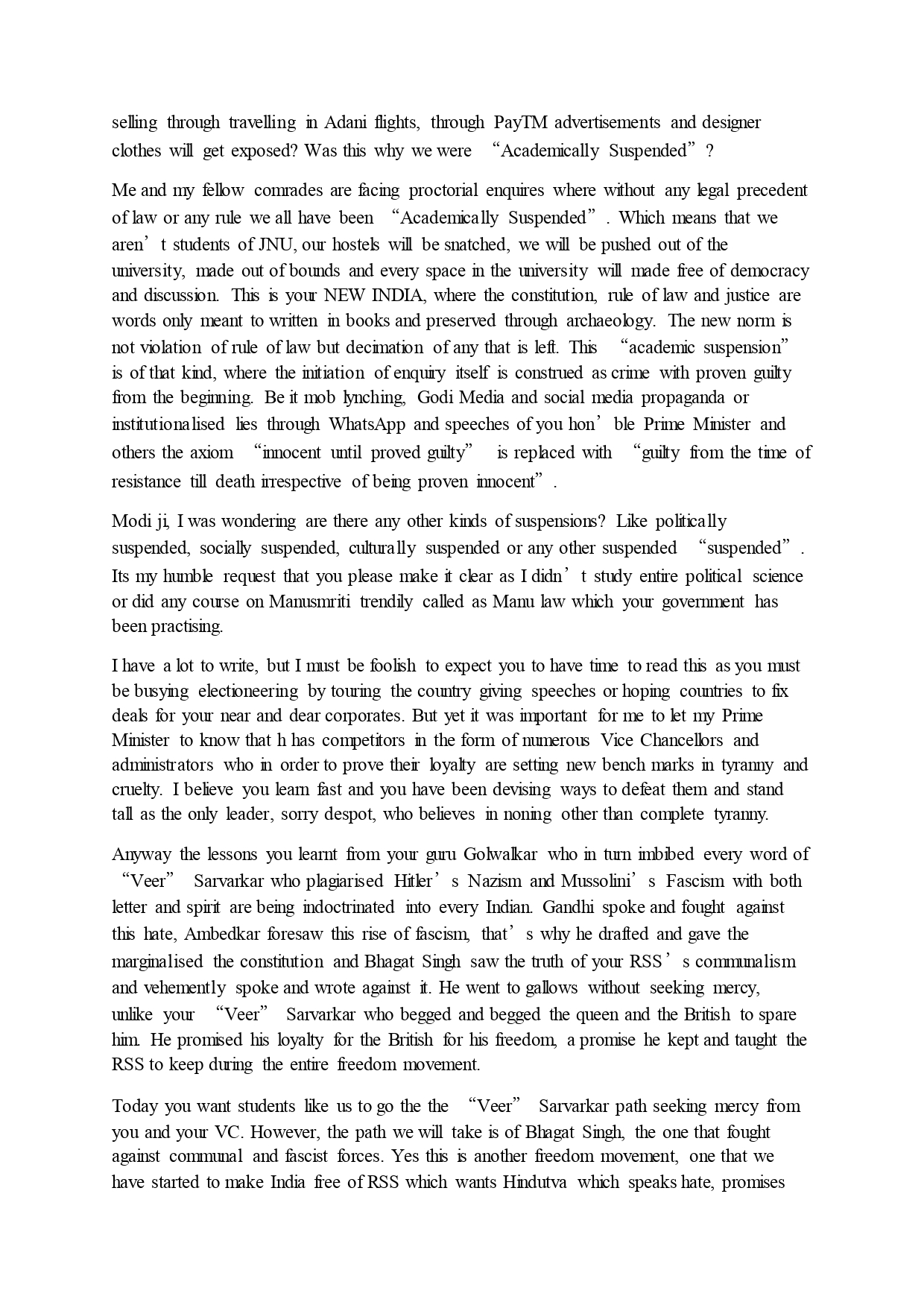 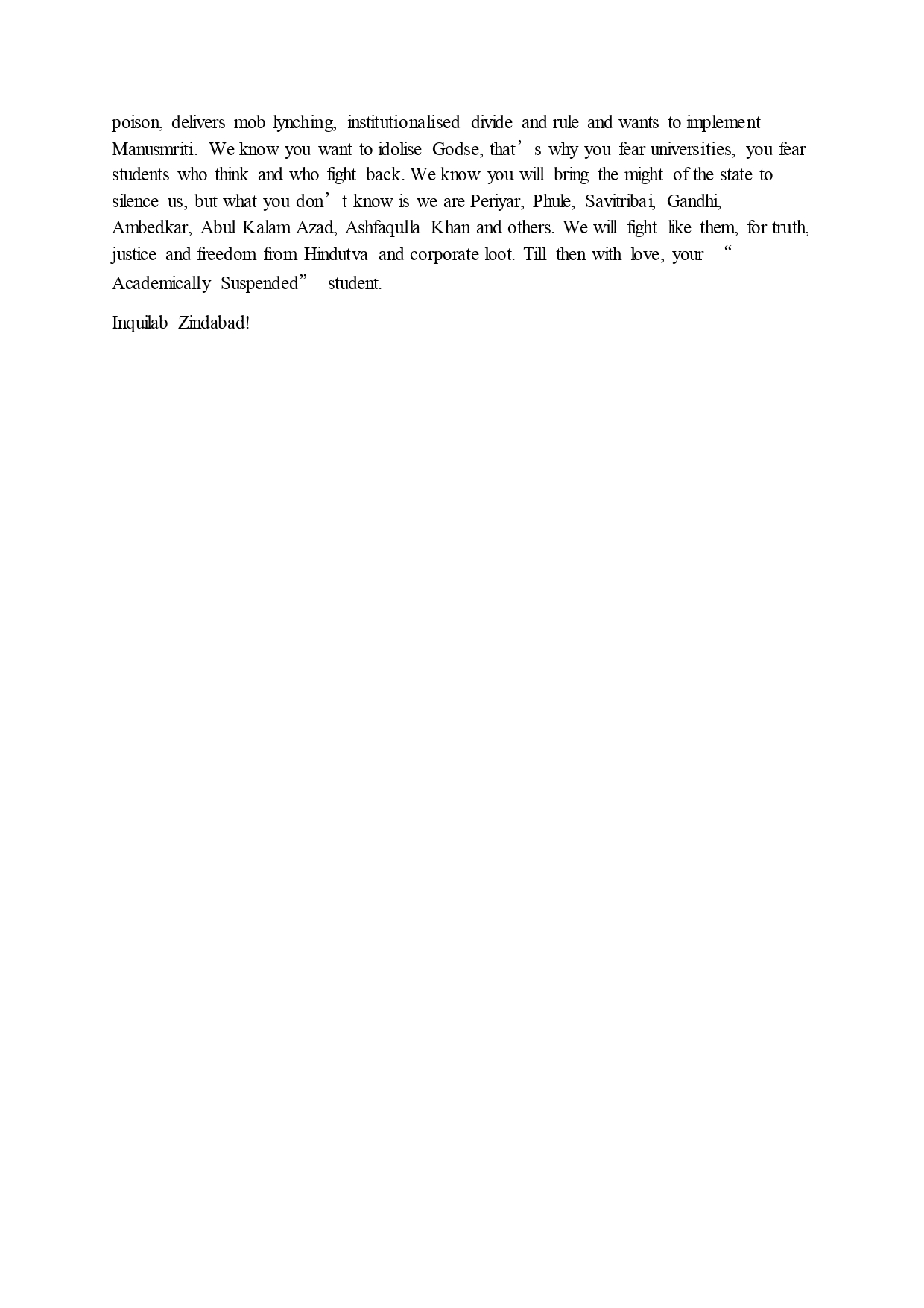 Rohit Vemula’s Letter That He wrote before his suicide

January 17, 2019 The TMC Desk TMC Special Comments Off on Rohit Vemula’s Letter That He wrote before his suicide

Rohit Vemula, a young and dynamic Dalit research scholar who was doing PhD from University of Hyderbad had throttled himself on the same day three years back fed up of embarassment and humiliation of society […]

January 7, 2019 The TMC Desk Telangana Comments Off on Dalit Students’ outrage over removing portraits of reverend Dalits from Velivada on Hyderabad University campus

Hyderabad (Telangana): The central government owned University of Hyderabad (UoH) in the city was on the boil on Sunday after the desecration of portraits of Dalit Indian Icons like Dr B.R. Ambedkar, Mahatma Jyotirao Phule, […]