The lynching of Muslims, Dalits and other minorities must be stopped immediately, luminaries from different fields have said in an open letter to Prime Minister Narendra Modi while also stressing that there is “no democracy without dissent”.

“We, as peace loving and proud Indians, are deeply concerned about a number of tragic events that have been happening in recent times in our beloved country,” the letter dated July 23 said.

“The lynching of Muslims, Dalits and other minorities must be stopped immediately. We were shocked to learn from the NCRB that there have been no less than 840 instances of atrocities against Dalits in the year 2016, and a definite decline in the percentage of convictions,” it continued.

They also regretted that “Jai Shri Ram” has been reduced to a “provocative war cry” and alleged the prime minister’s inaction on the issue.

“You have criticised such lynchings in Parliament Mr. Prime Minister, but that is not enough! What action has actually been taken against the perpetrators?”

“Ram is sacred for the majority community, stop defiling the name of Ram,” the letter read.

It also underscored the significance of dissent in a democracy.

“There is no democracy without dissent. People should not be branded anti-national or urban Naxal and incarcerated because of dissent against the government.”

When reached out for comment, Anurag Kashyap responded, saying, “You have been seeing what’s been going on. No one says a thing, no one condemns it strongly enough for it to stop. They are busy amending the RTI . I don’t know if the letter would make any difference, most probably it will be drowned in the noise and chaos of news channels and trolls digging out whatever suits the narrative, and fake news and more ‘Go to Pakistan’ ‘tukde tukde award wapasi urban naxal gangs’. Remotely hoping that the PM speaks strongly.”

Here is the full test of the letter and names of signatories. 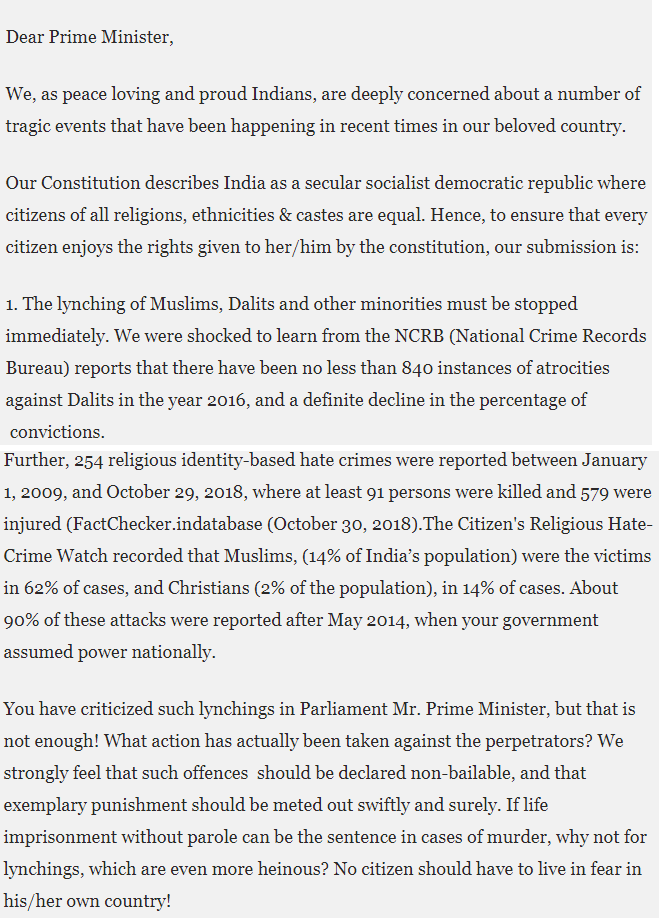 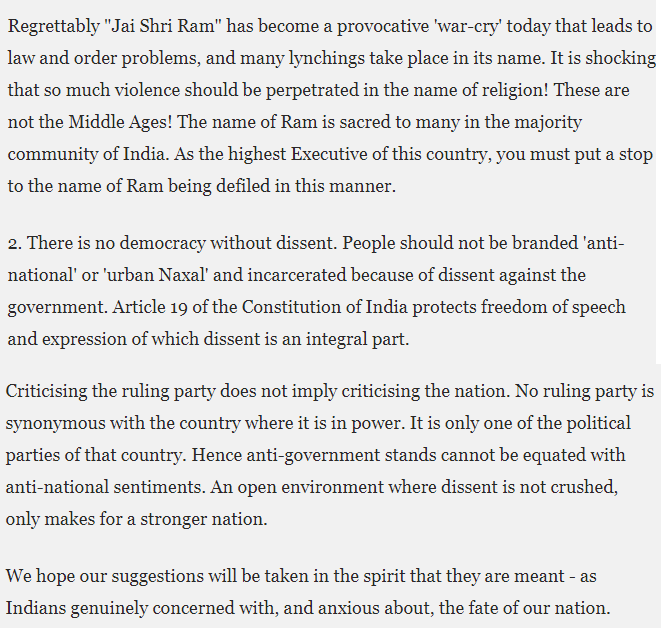 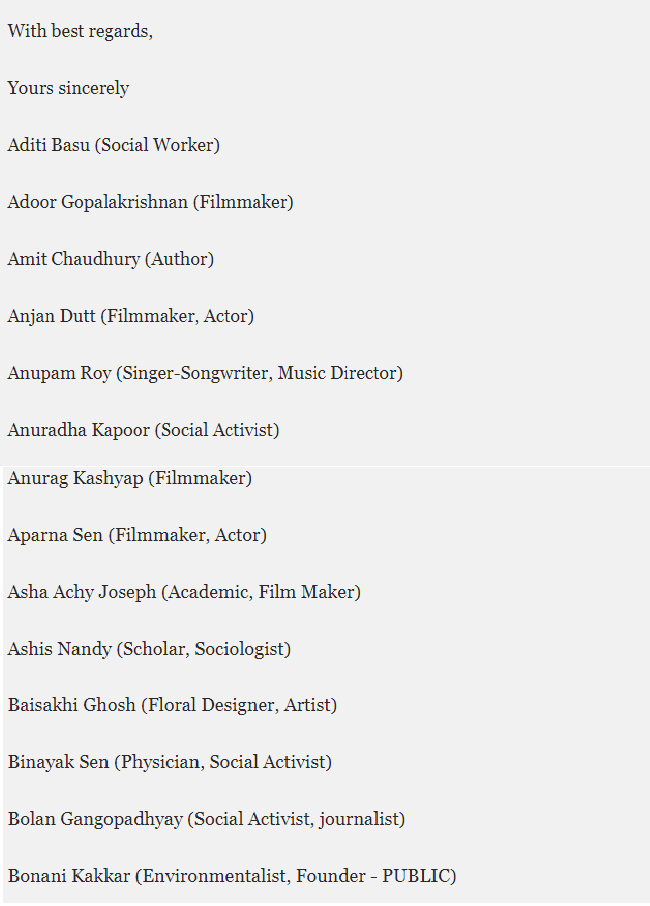 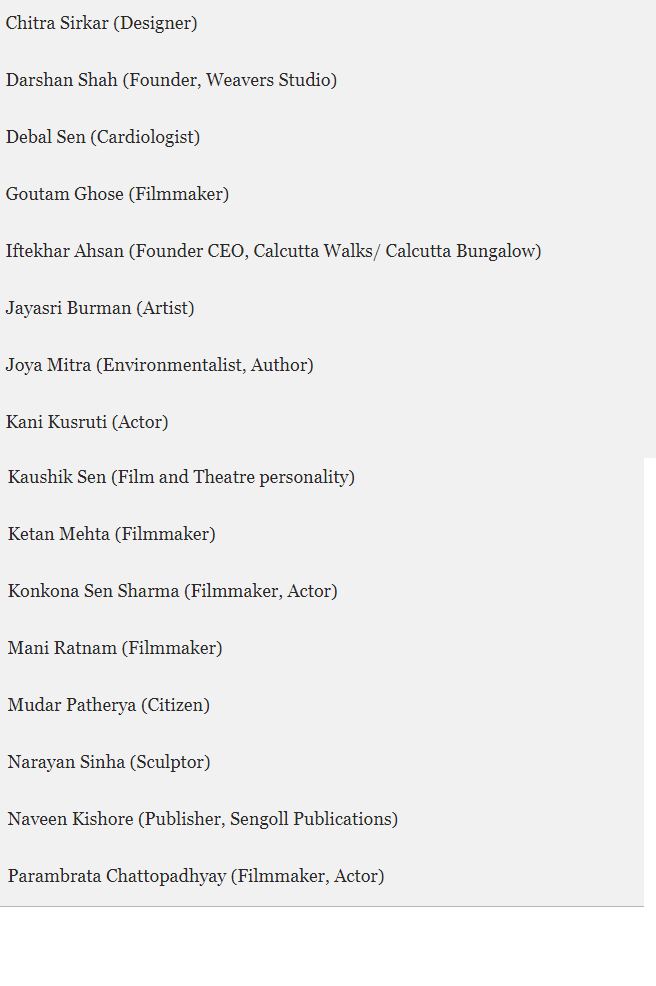 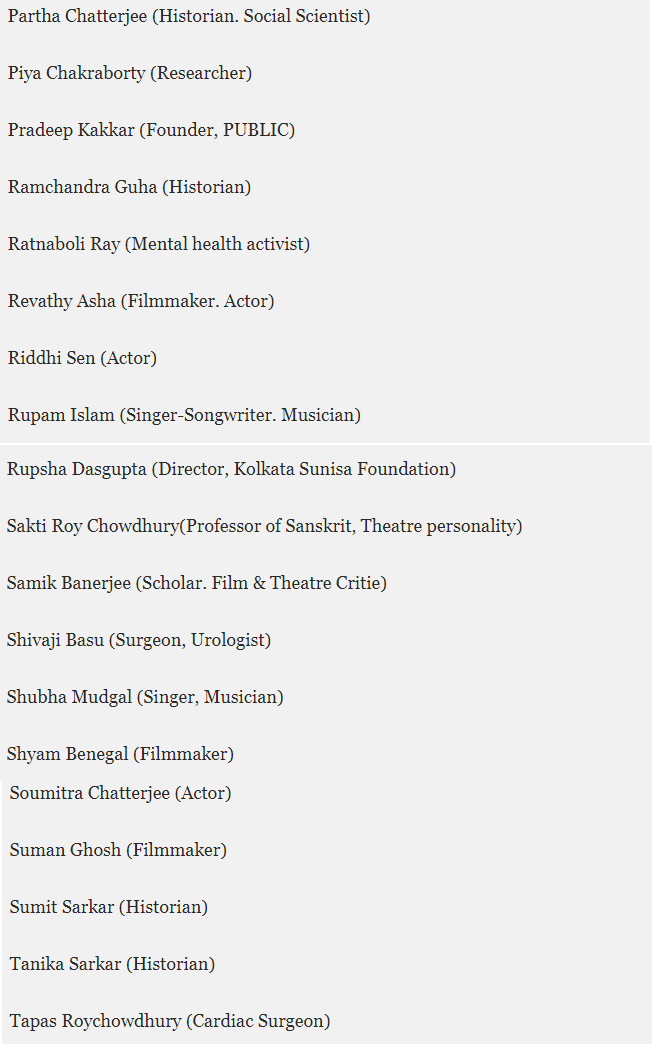 1. FIR Against MLA, 29 Others for Plot to Kill Unnao Rape Survivor Twenty-four hours after a speeding truck crashed into the car in which the Unnao rape survivor was travelling, UP police booked jailed […]

FIR against Ramchandra Guha, Mani Ratnam, Aparna Sen and others for writing an open letter to PM Modi few months back over the growing incidents of hate crime

October 4, 2019 The TMC Desk India Comments Off on FIR against Ramchandra Guha, Mani Ratnam, Aparna Sen and others for writing an open letter to PM Modi few months back over the growing incidents of hate crime

An FIR was lodged in Muzaffarpur of Bihar on Thursday against nearly 50 celebrities, including Ramchandra Guha, Mani Ratnam and Aparna Sen, who had written an open letter to Prime Minister Narendra Modi over the growing incidents […]

Keep the New India to Yourself, Give us our Old India: Ghulam Nabi Azad to BJP Leaders

June 24, 2019 The TMC Desk Politics Comments Off on Keep the New India to Yourself, Give us our Old India: Ghulam Nabi Azad to BJP Leaders

Raising concerns over the recent incidents of lynchings and violence against minorities and Dalits, Leader of Opposition in Rajya Sabha Ghulam Nabi Azad on Monday said Jharkhand has become a factory of lynching and violence. […]