New Delhi, March 07, 2018 (TMC Desk) The Delhi Commission for Women on Wednesday claimed that the Delhi Police detained its chairperson Swati Maliwal while she was on her way to the Prime Minister’s Office to submit letters received by the women’s commission from across the nation, as a part of the Rape Roko movement.

She was let off later and police personnel accompanied her to the PMO.

In a bid to ensure stringent punishment for those accused of raping minors, the DCW had launched the ‘Rape Roko’ movement in January. The women’s commission claimed that it had received a large number of letters from people across the nation urging Prime Minister Narendra Modi to take steps towards the same.

“Ms. Maliwal has been gravely injured and she is not in a condition to move her arms. This has happened while she was on her way to the PMO in a peaceful manner, to deliver the thousands of letters that the commission received over the last few weeks” said a DCW official.

The women’s commission further claimed that the police had stopped the delegation at Vijay Chowk and had detained the chairperson.

What is Rape Roko Movement?

The Delhi Commission for Women had launched a movement in protest against increasing crimes against women and children in the Capital on January 31. They are asking the central government to form a legislation that ensures harshest punishment for rapists. The movement actually started after rape of a minor in the state capital.

The movement has earned supports from different sections of the society including film industry, political arena and so on. BJP MP Shatrughan Sinha, Farhan Akhtar are a few names who have already endorsed the cause. 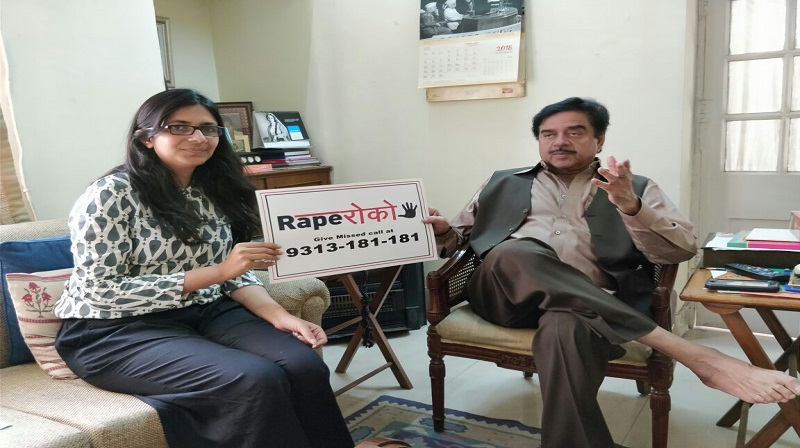 They are going to form a human chain at Central Park, Connaught Palace in the national capital on International women’s day on 08 March.