The much awaited decision has overturned two previous judgments. First in 1954 M.P. Sharma case in which eight judges bench and later in 1962 Kharak Singh case six judges bench of Supreme Court had ruled that right to privacy is not a fundamental right.

The ruling has far reaching implication as many laws and government directives will fall under its purview.  Senior Supreme Court advocate, Parshant Bhushan talking to media explained the verdict and said, “Supreme Court today held that right to privacy is a fundamental right under Article 21. Therefore, any law which is made to restrict this fundamental right will have to be examined on the touchstone of Article 21. Which means the Court will have to examine whether the law imposes reasonable restrictions on your fundamental right to privacy or not. However, so far as the present Aadhar Act is concerned, it only requires the Aadhar card to be used for Social welfare scheme and income tax.”

Similarly, other laws and restriction which involves ban, prohibition and other such restrictions are liable to be challenged on the ground of violation and infringement of the right to privacy and personal choice.

Hailing the verdict, Congress president Sonia Gandhi launched a scathing attack on the Central government. In a statement she said, “The Supreme Court judgment on ‘fundamental Right to privacy’ heralds a new era for Individual rights, personal liberty & human dignity. It strikes a blow on the unbridled encroachment & surveillance by the state & its agencies in the life of common man. The Congress Party & our government along with other opposition parties stood together, in court and in parliament, to speak out for the right to privacy & dignity of all Indian against the arrogant attempts of the present Government to curtail them.”

Visibly on the back foot, the central Government which through attorney generals argued that right to privacy is not a complete fundamental right, meanwhile, welcomed the decision. Talking to the media, Law Minister Ravi Shankar Prasad turned the ball into Congress court and asked, “what has been the congress record in the protection of individual liberty, I would like to know?” He specifically mentioned the widespread restrictions during emergency.

On this historical judgement, Ravi Shankar Prasad and Arun Jaitley spoke and welcomed though in low tone. However, PM Modi kept mum. He may speak tommorow in his “Mann Ki Bat” on August 26.

Who is the petitioner?

The petitioner of this writ is 92 years old retired judge of Karnataka High Court Justice K S Puttuswamy. He had first filed this case in 2012. Initially he was also against Aadhaar being made mandatory because he felt the unique ID had no function per se as it only ended up duplicating the functions of other IDs like the voter ID or PAN Card.

Justice Puttaswamy is frail due to his old age but his mind is razor sharp. He reads newspapers everyday with the help of a lens to keep himself abreast of the news. He is hard of hearing, but sound on law and legal aspects. He understands the impact of judgments and he is always eager to read up on jurisprudence. 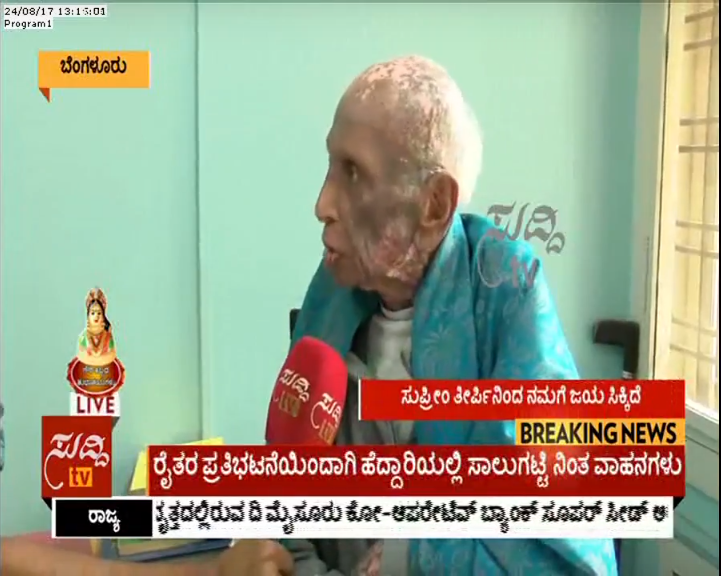 After putting it off for a long time, Justice Puttaswamy finally registered for Aadhar a few months back when his son took him to an enrollment centre on a Sunday. “All income tax assessees need one so I had no choice. Apparently when I die and go to the cremation ground, they will ask me for Aadhar now. So I got it done. The centre was not crowded but the process still involved half an hour of waiting and 45 minutes of procedures,” he told News18.

Read Important Points of the Judgement on Right to Privacy.

Important Points in the Judgement on Right to Privacy

Following are some important points in the judgement you must know. Popular websites install cookie files by the user’s browser. Cookies can tag browsers for unique identified numbers, which allow them to recognise rapid users […]

Linking Aadhaar to bank accounts, mobiles to be extended to March 31, Govt to SC

New Delhi, Oct 25 The Central government on Wednesday told the Supreme Court that it will extend till March 31, 2018, the deadline for linking Aadhaar with bank accounts, PAN, mobile numbers and other schemes […]