Tributes are pouring in for a German nun who spent more than half a century in Pakistan battling leprosy and helping the country’s most vulnerable people.

Pakistan’s Prime Minister Shahid Khaqan Abbasi announced in a statement that a state funeral would be held for Ruth Pfau who died on Thursday, aged 87.

“She gave new hope to innumerable people and proved through her illustrious toil that serving humanity knows no boundaries,” the statement said.

“We are proud of her exemplary services, and she will remain in our hearts as a shining symbol in times ahead.”

Pfau trained as a doctor in her youth and went on to join a Catholic sisterhood.

She arrived in Pakistan, where she spent the rest of her life, in 1960. She specialised in the treatment of leprosy, a disease that causes discolouration of the skin, sores, and disfigurements.

Pfau’s work earned her the Nishan-e-Quaid-i-Azam, one of Pakistan’s highest civilian awards. 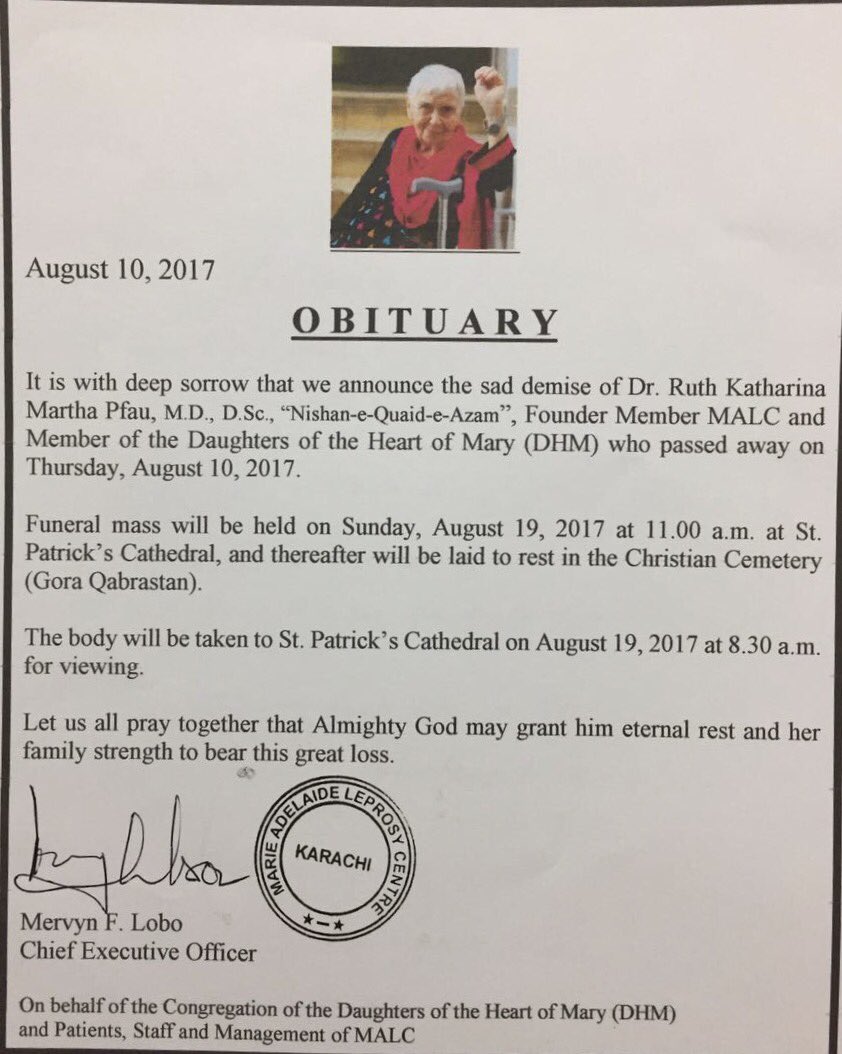 Her death drew messages of condolences from all sections of Pakistani society, with many comparing her passing to that of the philanthropist Abdul Sattar Edhi, who passed away last year.

“Saddened to learn of Dr Ruth Pfau’s passing,” wrote Pakistani cricketer-turned-politician Imran Khan, adding: “Her spirit of selfless dedication leaves a void that will be difficult to fill.” 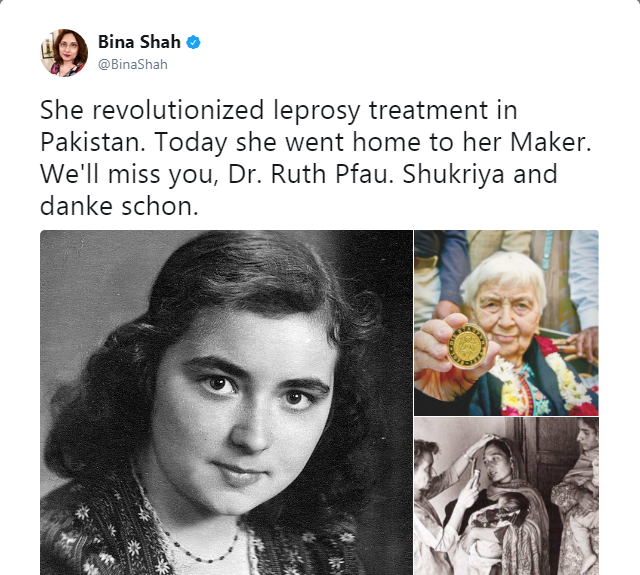 Pakistani senator Sherry Rehman wrote: “She came to Pakistan 56 years ago and spent her life looking after the diseased and dispossessed. We owe u [you] a debt of gratitude Dr Ruth Pfau.”

Many Pakistanis said they would like to see their government give Pfau a state funeral because of her services to the country.

An obituary notice put up by the Marie Adelaide Leprosy Centre, which Pfau helped found, said her funeral would take place on Sunday, August 19 at a Christian cemetery in Karachi, Pakistan’s commercial centre. 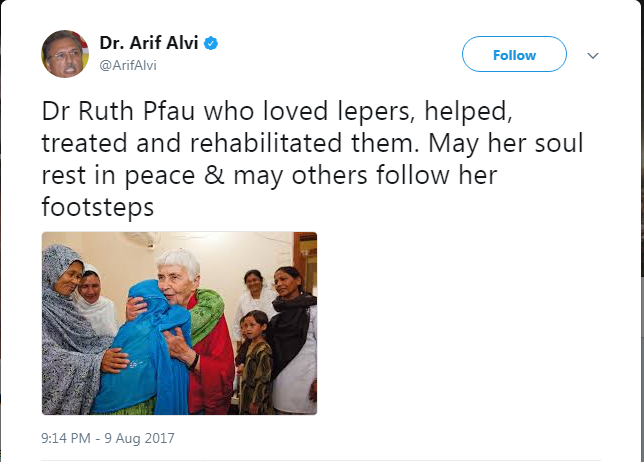 “Let us all pray together that Almighty God may grant [her] eternal rest and her family strength to bear this great loss,” the notice read. 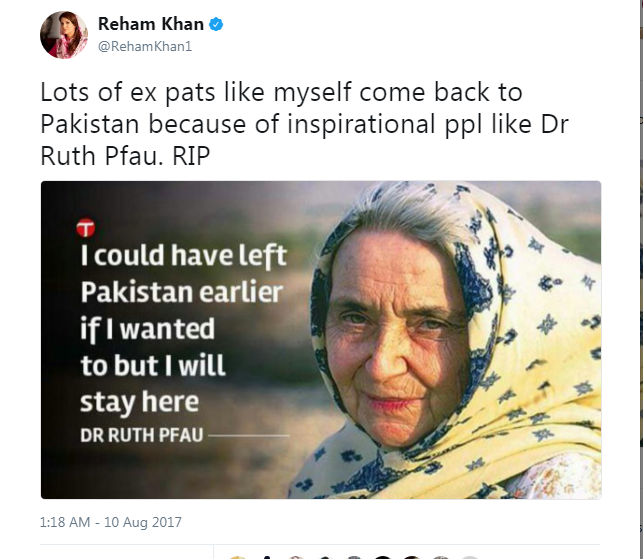