The Bihar School Examination Board (BSEB) announced the results of Intermediate, Class 12 (Arts, Science and Commerce) on Saturday, 30 March 2019 with passing percentage at 79.76%.

This year’s pass percentage has improved with 79.76 per cent. A record total of 10.19 lakh students passed. The exam was held in February and this year, the result is released in March. This year, 81.20 students have passed from the science stream, and 93.02 per cent from the commerce stream while it is 76.53 per cent from arts stream. 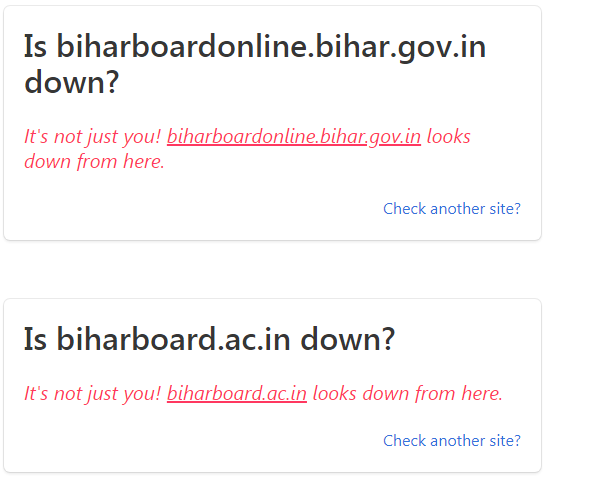 However, hours after declaration of the result, its both  official websites bsebssresult.com, biharboardonline.bihar.gov.in went down and yet not resumed.

Students are disappointed as they are not able to see their result due to the faulty websites.