The Bhartiya Janata Party’s official website was taken offline Tuesday after hackers reportedly hacked the site. No hacker group has so far claimed responsibility for the attack. An official response from the party is awaited. 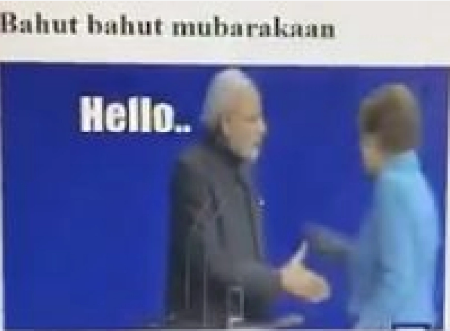 Screenshots of the homepage of the party site making the rounds on social media reveal an expletive-filled message and a meme of Prime Minister Narendra Modi with Germany Chancellor Angela Merkel. While access to the site still remains restricted, a message from the website admin said it will be back soon.

“We’ll be back soon! Sorry for the inconvenience but we’re performing some maintenance at the moment. we’ll be back online shortly!” the message read.