Patna University is all set to mark its centenary celebration on 14th October with a grandiose event.  Prime Minister Narendra Modi along with many other dignitaries, including Bihar Governor and Chancellor of the University Satyapal Singh Malik and Cheif Minister Nitish Kumar will grace the occasion with their presence. President, Ram Nath Kovind who served as the chancellor of the University while he was Bihar Governor will preside over the concluding ceremony which will be held in January. 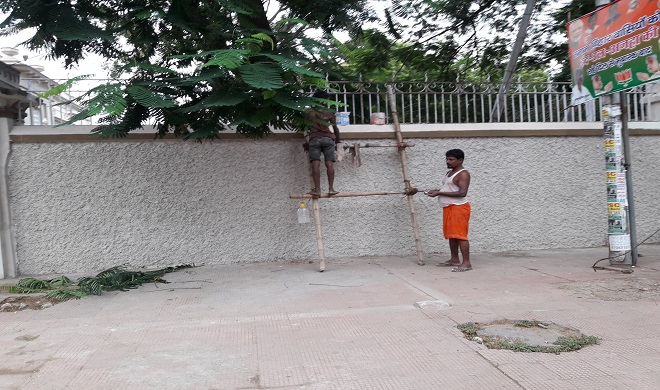 After being established on 1st October 1917 Patna University has taken over as harbinger of Education and learning in this part of the world. In its early days the University basically fulfilled the role of lone examining body in the region covering Orissa and Present day Nepal and conducted Matriculation to Post graduation examination. Later, through Patna University Act., 1951, it was transformed into full-fledged teaching and Residential University.

Then on, Patna University gradually rose to great height of the Glory and in most part of its history the University has maintained its stature as a center of excellence of scholarship and learning. Academic ambience and standard of research were on par with the best western Universities. The main feature of the University was its pool of outstanding faculties. Notable among them are Historian Ram Sharan Sharma, Papiya Ghosh and  H S Askari; linguist Kapil Muni Tiwari and Radha Krishna Sinha; Archeologist A S Altekar ; Sociologist Hetukar jha; Physicist  M.M.R. Akhtar, H. C. Verma and M. Karim; Mathematician Lalji Prasad, Dr. K.C. Sinha and Ashish Das Gupta, etc. 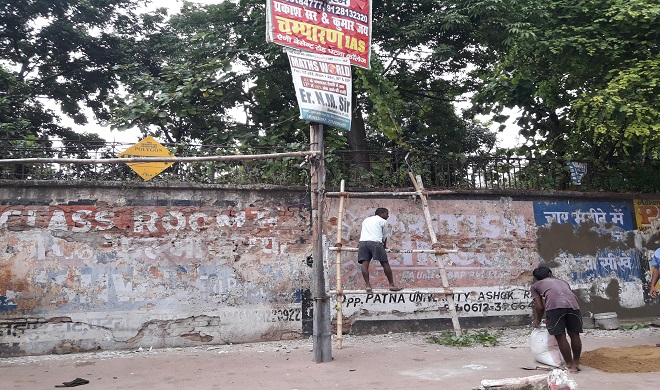 However, the seventh oldest university of the subcontinent situated on the bank of river Ganga comes to a circle. In last few decades, the state of affairs of the University turned to the downward slope. It is crumbling under the lack of resources both material and human. More than two third of teaching positions are empty; several departments are running with one or two faculties and many are closed. For almost forty two years the recruitment of Associate Professors and Professors did not take place. After 2003, only recently the process of filling the vacancies of Assistant Professors has been initiated. Around five hundred non teaching staff positions are vacant.

Crunch of resources could be gauged with the fact that sometimes classes are conducted in corridors. Although, most officials have been allotted well furnished offices, lower rank staff struggle to even find chairs and tables. Anti ragging cell is dysfunctional that causes unreported cases which sometimes resulted in full blown confrontations. University level competitions and extracurricular activities are neither organized nor encouraged. Indeed, when the basic educational activities are at stake, extracurricular activities are last things that come to mind.

The educational atmosphere is terrible. Scholarship and research which were once its strength has gone into back burner. According to Amit Kumar, Research officer at Ambedkar Chair Patna University: “due to apathy of the administration especially in timely appointments and audits, Many Central Government research schemes such as Bihar Social Exclusion and inclusive policy, Babu Jagjiwan Ram Institute of parliamentary studies and Political Research, SAP, a research scheme related to dalits Saints have been either closed or are on the verge of closure. Funds lay unused, in accounts for years.”

It’s unfortunate that while products of the University, in all walks of life, are scripting great success stories on national and International levels, ‘the abode of knowledge’ which surely would have illuminated their initial spark is left to suffer such apathy. More so, despite being at the helm of state, for almost three decades, in tandem, political stalwarts of the Bihar Lalu Yadav, Nitish Kumar, Sushil Modi, all alumni of this University also could not reverse its dipping fate.

According to an expert the situation deteriorated a decade back further when Nitish Kumar government decided to abolish intermediate classes in the colleges of Patna University. The bright students in search of better education started to migrate out of the state.

One may argue that baring few exceptions the conditions of all government Universities are more or less same. Those who had witnessed its glorious days are numb. Renowned poet and HOD, languages at SCERT, Quasim Khursheed became emotional when asked about the present condition of university. “I still could not come to terms with the decline. We could never imagine even in dream that the situation could ever turn to this low. We were proud of being part of one the finest universities of our times while today I feel really embarrassed for its present conditions. The grace and aesthetics which define our learning have vanished from the space. I am an optimistic person but still deeply disappointed with what I see today,” he said.

However amid the bleak circumstances there are few silver linings which beg to be highlighted. Patna University Library is well maintained and recently it was further upgraded in terms of books and facilities. In all these years, the commerce section known as Vanijaya Mahavidhaylay has somewhat maintained its sheen.

Thanks to almost five decade long association with the University in various capacities as a student, as a teacher, as a professor, as a dean and now as the Vice Chancellor Rash Bihari Parsad Singh is better placed to tackle the problems which have inflicted the university. Still it would be a herculean task for him to realize his vision, which is displayed on the university website: ‘to bring Patna University within top 20 universities of India in the National Institutional ranking system by the year of 2020.’ Undeniably if the said vision is pursued with equal zeal it will certainly transform the destiny of the university as well as it will create a ripple effect which would reinvigorate the educational system of Bihar.

On the eve of lavish celebration, the buildings of the universities have been painted with refreshing new colors; dilapidated roads are restored; bushes are removed; gardens are properly managed; just in front of central library a symbolic centenary pillar with inscription of 100 years has been built.

The timing of the centenary could not have been better for Patna University in particular and education of the State in general. Although Bihar has overseen growing number of professional and higher education institutions established in the intervening period but  at the same time, the standard and quality have deteriorated abysmally. Lately, it has been in limelight due to all wrong reasons; the centenary has thrown a glimmer of hope. As both Prime Minister and Chief Minister will be present on the occasion a major policy level decision is not a big deal. According to reports, the authorities will push for the longstanding demand of Central University status. The event will be keenly watched to know whether the celebration will be restricted to superficial refurbishment and symbolism or it will lead to actual transformation.

Shifting of Artifacts from Patna to Bihar Museum: Is it a case of ‘robbing Peter to pay Paul’?

Three killed as Vasco Da Gama express derails in UP

–TMC Desk Manikpur (Uttar Pradesh), Nov 24: At least three passengers were killed and over seven others injured after 13 coaches of the Vasco Da Gama-Patna express derailed on Friday near Manikpur in Uttar Pradesh, railways […]

May 12, 2018 The TMC Desk Bihar Comments Off on Political stars gather for Lalu’s son’s wedding

Patna (Bihar), May 12, 2018 (TMC Desk) Opposition leaders gathered here on Saturday to attend the wedding of RJD chief Lalu Prasad’s son Tej Pratap Yadav, the festivities made brighter by the presence of the now […]