Movie titles sometimes describe the central character in a film (Maa/Beta/Vishwanath/MughaleAzam), sometimes a situation or emotion (Deewar/Aakrosh) but very rarely a title sums up the entire movie. Zero is one such exception as the title says it all. Towards the end of the Movie one was at least virtually feeling optimistic as the Khan was being transported to Mars and one thought good riddance…. Alas! Like the Thug who is still around and the Tiger being Zinda this one also came back. Seriously it is high time that the three Khans do some introspection, take a break and if they really cannot do anything else maybe think of coming back after a few years hiatus. 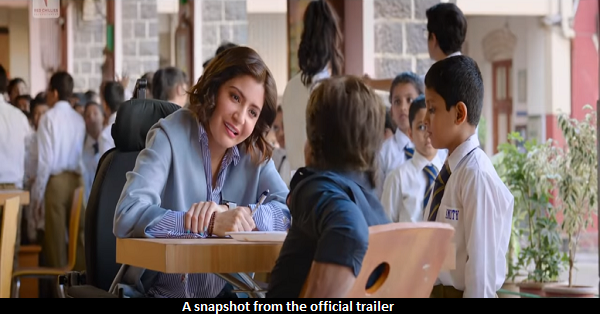 The Rai or advice to Mr Rai is that he seems to have exhausted the running away from marriage theme and needs to think of some new idea. It is pathetic to see talented film makers getting trapped in stuff wherein if a basic idea succeeds they just want to keep using it till one gets totally dejected with it. It is sad to see that filmmakers like Imtiaz Ali or Anand Rai who have made credible stuff suddenly lose their sensibilities to pander to a larger than life superstar persona. In the process they do away with content and resort to all kinds of gimmickry which only a Manmohan Desai could put into an acceptable or entertaining frame. The film turns out to be zero in script, direction and acting.

Mr Shahrukh Khan who undoubtedly is a huge talent but often gets carried away resorting to hamming, over acting, etc., was at his worst form of loudness. One is really saddened to see this power house of creativity dissipating all his energies in useless and mundane stuff. One yearns to see him in Swades, Chak de or even Raees kind of roles which do some justice to his mostly untapped acting skills. 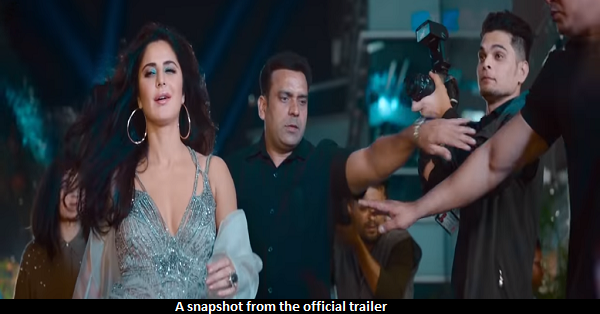 Anushka Sharma who generally comes up with great performances fails miserably and does a la SRK hamming and overacting. Sometimes the faces she makes actually make the acting more contorted and superficial. Her role, presentation and acting left a lot to be desired. On the other hand Katrina Kaif who in most films at least looks glamorous and graceful looked bad and her only purpose was to titillate by a show of flesh. It was also hilarious to see the talented actresses like Juhi, Kajol, Karishma line up in front of SRK and pout inane lines. Even the much publicized appearance of Late Sri was a huge disappointment. In terms of acting the only saving grace was Ayyub who was as usual superbly convincing and at ease in his role although he was also made to wear a ridiculous wig.

Directors need to understand that choppy stitched together sequences without any content or story cannot carry a film even if you pack it with all the known formulas of hindi cinema. Majority of biggies in 2018 have nosedived and we hope and pray that 2019 throws up more interesting stuff.

Sanju – A Movie to Learn Lessons from

July 2, 2018 The TMC Desk Bollywood, TMC Special Comments Off on Sanju – A Movie to Learn Lessons from

-Ibrahim Hafeezur Rehman The pathway to ones education is always clear and unending if one is willing to pick up lessons from the long and winding pot-hole filled streets of life. Each journey and each […]

June 23, 2018 The TMC Desk Opinion Comments Off on Searching for Congress

-Ibrahim Hafeezur Rehman More than any other stage in history, it is now that the country needs the principles of Gandhi that were tangibly reflected in the Congress ideology of yester years. A party that […]

May 26, 2018 The TMC Desk Opinion Comments Off on The malaise within

-Ibrahim Hafeezur Rehman No amount of repression, oppression and exploitation anywhere can justify the killings of innocent across any community or group. While in a secular society such as India it is the first and […]